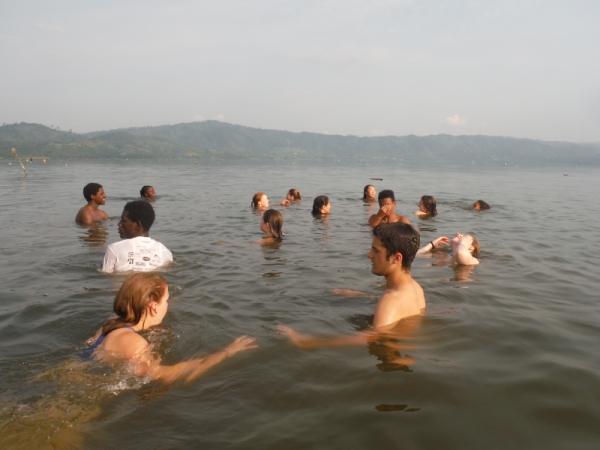 Lake Bosumtwi (also spelled Bosomtwe) is the only natural lake in Ashanti and Ghana. It is situated within an ancient impact crater that is about 10.5 kilometres (6.5 mi) in diameter. It is about 30 km south-east of Kumasi the capital of Ashanti and is a popular recreational area. There are about 30 villages near crater lake Lake Bosumtwi, with a combined population of about 70,000 Ashanti people.

The Ashanti consider Bosumtwi a sacred lake. According to traditional belief, the souls of the dead come here to bid farewell to the god Asase Ya. Because of this, it is considered permissible to fish in the lake only from wooden planks. Among the fish species in the lake is the endemic cichlid Hemichromis frempongi, and the near-endemic cichlids Tilapia busumana and T. discolor